Reprinted from the Duke Research Blog
By Sheena Faherty, Ph.D. Candidate in Biology

You can’t see into the lungs of the people of Agra, India, home of the Taj Mahal. But just a glance at what should be pristine white marble domes of the local landmark shows that air quality is a major concern. The iconic domes are tarnished and need frequent cleaning to keep them white.

A study by Duke researchers published in Environmental Science and Technology has determined the exact air particles that are the cause of the Taj’s discoloration and threat to the health of the local people. 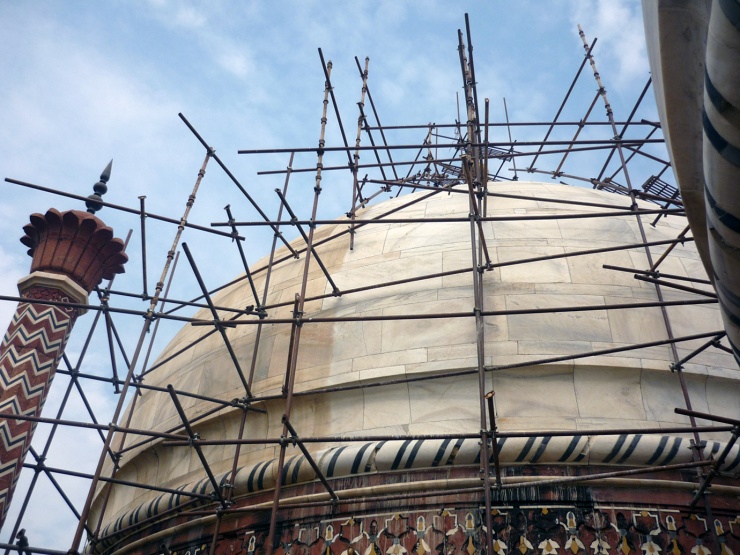 “The Taj Mahal can be thought of as the lungs of India,” says Mike Bergin, the lead author of the study and a new faculty member in Duke’s Civil and Environmental Engineering department, who credits his wife Michelle with coming up with the analogy.

What he means is that the same particles discoloring the Taj Mahal are depositing in the lungs of people in Agra and are having a negative impact on their health.

Within weeks of the publication of the study, the Indian government started putting air pollution control strategies in place. In the city of Agra, diesel-guzzling vehicles have been banned from the streets, new policies are being enacted to stop the burning of trash and refuse, and local governments are replacing the traditional heating and cooking method of dung-burning with free compressed natural gas.

This might be one of the fastest “science into policy” actions ever and Bergin couldn’t be more pleased.

His research looks at how small particles in the atmosphere have impacts on human health and climate. A few years back, while attending a scientific meeting in India, he visited the Taj Mahal and noticed something strange.

“Part of it was covered in scaffolding and under the scaffold, part of the dome was brown, and there was a thick line that was white. I took a photo right away and thought, ‘That’s the weirdest thing I have ever seen.’” 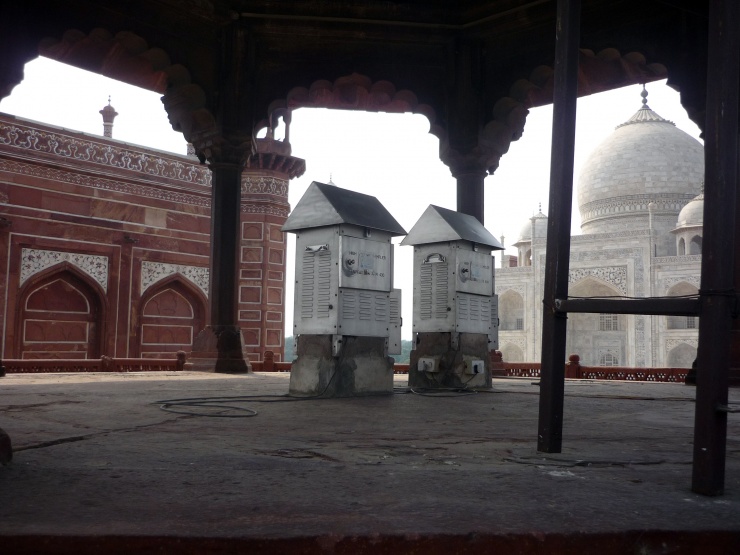 He started asking people about it and kept getting the same story: The Taj Mahal gets really dirty. It has something to do with the quality of the air. We don’t know what it is, but we clean it off.

And for Bergin—a scientist whose expertise lies in air quality—the wheels began to turn.

While serving as faculty at Georgia Tech, he assembled a multi-disciplinary team from international in both the US (University of Wisconsin at Madison) and India (IIT Kanpur and the Archaeological Survey of India) to tackle the challenge of sampling both particulates in the air, as well as those that collect on the surface of the Taj Mahal, to determine which particles were the cause of the unblemished white domes turning brown.

The team found that collected samples contained high concentrations of carbon-based particles and dust. Both sources are known to absorb light, which gives the appearance of a brown hue.

Findings from this study and the impact it has had on policy-makers in India demonstrate how deeply celebrated our cultural icons, such as the Taj Mahal, are.

“People knew the air there was bad, but nobody was really doing that much about it. The interesting thing is that they moved very quickly because they didn’t want to see the Taj Mahal getting discolored,” Bergin says.