Soot and the Atmosphere over Central Greenland 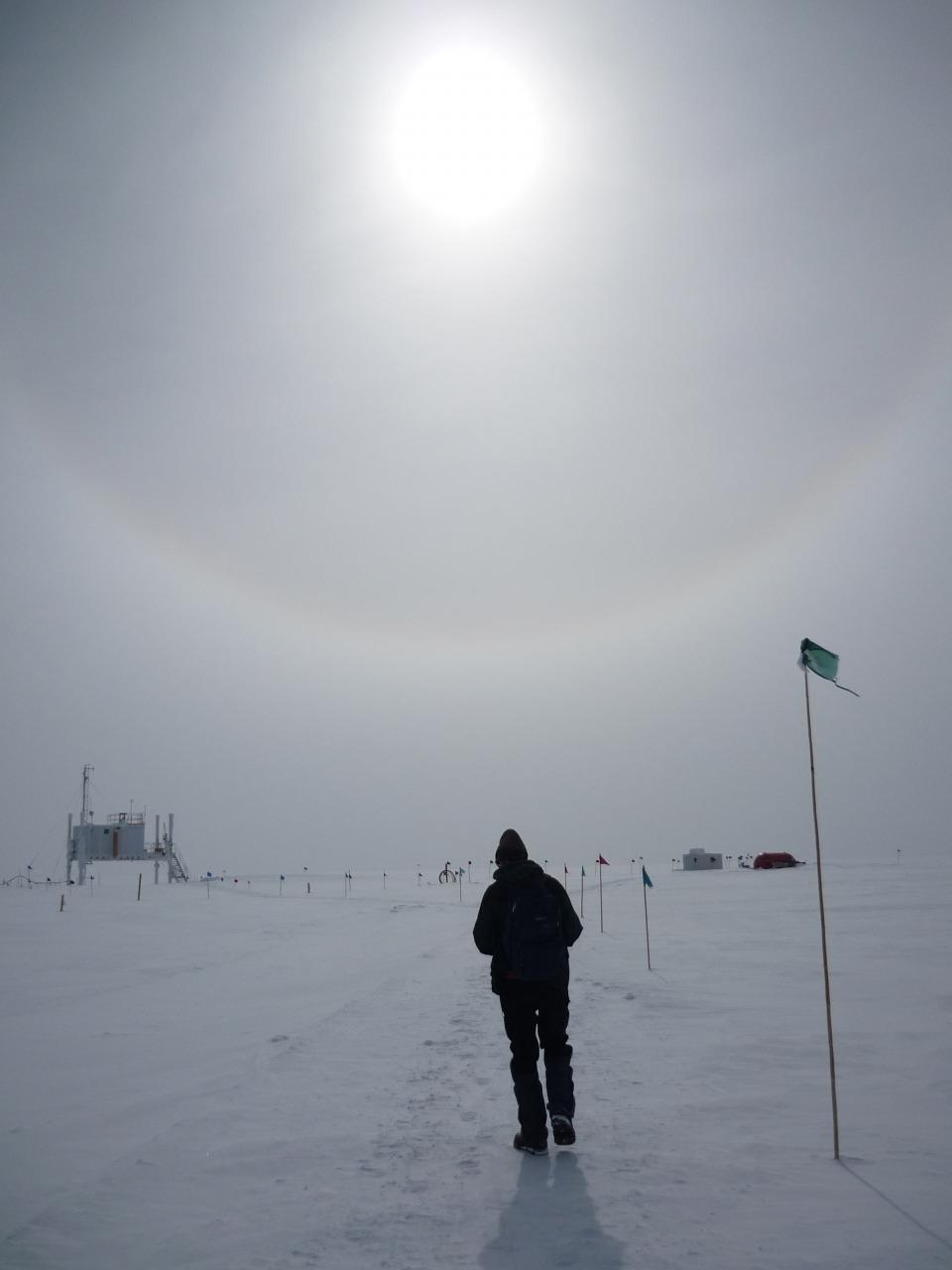 The Arctic is particularly susceptible to regional radiative forcing by anthropogenic aerosols due to the prevalence of high albedo snow and ice surfaces. Models have shown that light-absorbing aerosols, in particular black carbon, have likely played a significant role in the Arctic warming observed during the past thirty years. Although there is little observational evidence, particularly over Greenland, to determine the actual influence. With this in mind we have been investigating the impact of light-absorbing aerosols on the atmospheric radiation balance over Summit, a National Science Foundation (NSF) research base located at the center of the Greenland ice sheet that is a remote, clean, and high-altitude site. This is an NSF funded collaborative project with NOAA ESRL and the University of New Hampshire. Our results suggest that the absorption of solar energy by black carbon, BC, is on average several watts per square meter during the summer months and can be has high as 10's of watts per square meter at times. In general, our results suggest that soot wafting over the ice sheet may be playing an important role in the radiation balance and surface temperature of Greenland.