The Discoloration of the Taj Mahal

The white marble domes of the Taj Mahal are iconic images of India that attract millions of visitors every year. Over the past several decades the outer marble surfaces of the Taj Mahal have begun to discolor with time and must be painstakingly cleaned every several years. Although it has been generally believed that the discoloration is in some way linked with poor air quality in the Agra region, the specific components of air pollution responsible have yet to be identified. With this in mind, ambient particulate matter (PM) samples were collected over a one-year period and found to contain relatively high concentrations of light absorbing particles that could potentially discolor the Taj Mahal marble surfaces, that include black carbon (BC), light absorbing organic carbon (brown carbon, BrC), and dust. Analyses of particles deposited to marble surrogate surfaces at the Taj Mahal indicate that a large fraction of the outer Taj Mahal surfaces are covered with particles that contain both carbonaceous components and dust. We have developed a novel approach that estimates the impact of these deposited particles on the visible light surface reflectance, which is in turn used to estimate the perceived color by the human eye. Results indicate that deposited light absorbing dust and carbonaceous particles (both BC and BrC from the combustion of fossil fuels and biomass) are responsible for the surface discoloration of the Taj Mahal.

This was a collaborative project done in conjunction with IIT-Kanpur and Dr. Sachi Tripathi, Dr. Tarun Gupta, and with Dr. Jamie Schauer at the University of Wisconsin at Madison. A key collaboration was with the Archaeological Survery of India (ASI) and Dr. K.S. Rana. The work was funded by the Indo US Science and Technology Forum (IUSSTF) as well as from the US EPA and the US National Science Foundation (NSF). The paper appeared on the cover of Environmental Science and Technology and was widely covered by media across the world. 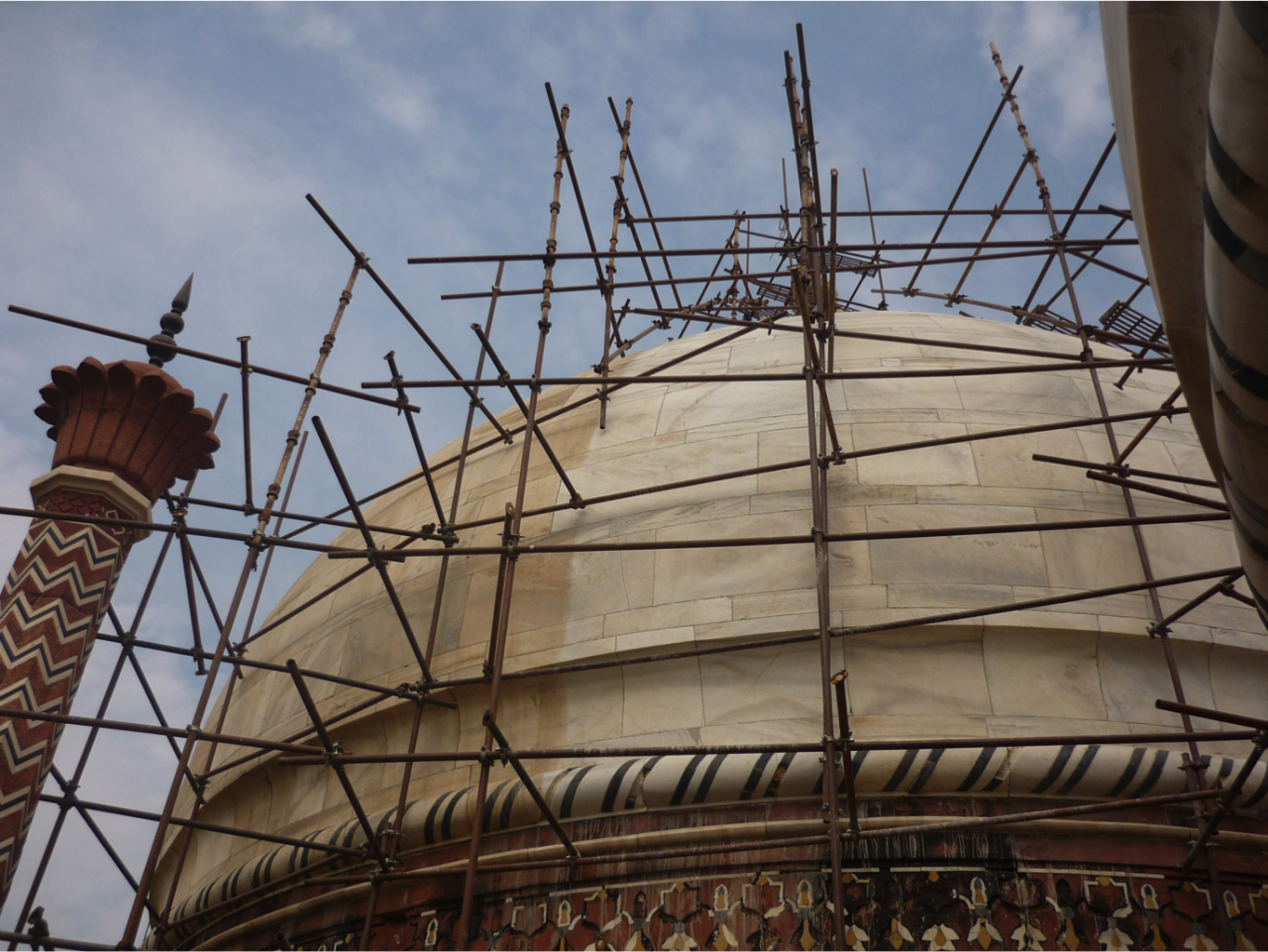